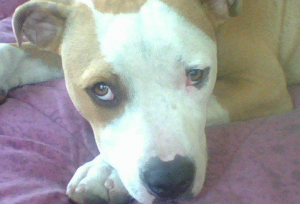 The construction of this facility was deemed by consultants to the City to be necessary because of population increase in 2000 and is still being paid for by Los Angeles City property owners under Prop. F bonds.

Best Friends has developed and marketed its plan called “No Kill Los Angeles” from this location since then, initially predicting LA would reach a “live-save” rate of 90% by 2017.

Best Friends is also one of the nation’s most-outspoken promoters of Pit Bull ownership, maintaining several sections on its website expounding on the virtues of this breed-type. Pit Bulls are also by far the dominant breed in L.A. Animal Services shelters, with the longest impound periods.

Best Friends has dramatically decreased the number of animals it “saves” from City shelters under its annual contract with the City of LA and indicates it is making further changes in its “lifesaving” center, which according to the description, would preclude many of these long-stay dogs — in favor of concentrating on cat and kittens.

This could be a very temporary indicator; however, largely due to COVID allowing GM Barnette to minimize intake of animals by closing two busy shelters–West Valley and North Central, serving downtown LA and Hollywood).

And that makes us wonder what happened to the other 13,000+ pets/strays. LAAS advises that lost/stray animals be left where found on the streets, taken in and kept by strangers, or brought into an open-shelter location by appointment only has dramatically decreased impounds–and, thus, lowered the number that were euthanized for severe illness, injury or aggression, which would help its “No Kill” stats, but not necessarily the animals.

Best Friends admits that COVID has helped: “We could not have dreamt up the support we received from the community at the start of COVID and want to keep the momentum going . . .As a result, we are making a few changes in Los Angeles. These changes really seize the acceleration opportunities that COVID helped bring about.” It also states, “In Los Angeles, we’ve seen how effective we can be when working with a coalition of partners, Best Friends, Los Angeles Animal Services and our incredible NKLA coalition has already made LA no-kill for dogs, and we are primed to continue to support LAAS as well as expanding our work beyond the city’s borders.” Here are excerpts from the “overview” under “The Best Friends Lifesaving Center in Mission Hills, “We will continue that evolution by ending the long-term housing of dogs and cats on-site and shifting our focus and resources to a community embracing, foster-based model of lifesaving programs. . .this will include transferring long-term resident dogs out of kennels to the Sanctuary. . .by the end of 2020.” It continues, “Mission Hills will continue to be open to the public for cat and dog adoptions who are there for short-term stays.”

“No Kill” is supposedly achieved by achieving a 90% live-save rate at the shelter (meaning 90% left alive, no matter where they went.) So, in July 2020, LAAS stats show a “live-save” rate of 93.84% of dogs; 94.25% of kittens; and 83.05% of cats reportedly left alive. Averaged out this equaled an overall 91.19% = BINGO!  It appears Best Friends quickly announced that Los Angeles has reached the magical “No Kill” —  before the doom-and-gloom reality forecast by GM Brenda Barnette and Commission President Larry Gross — all based on “evictions,” not loss of jobs or closing businesses — to justify changing the West Valley shelter to a Community Services Center, which will allow free space for New Hope rescuers with pets from other City shelters/areas and a rental/eviction office. (Larry Gross heads one of the most prominent rental-advocates groups in Los Angeles.)

Barnette has not been able to make a plausible explanation of how closing one of the largest City shelters to homeless animals in the community is going to solve or assist this problem AND not add to it, since 40% of the entire City of Los Angeles will be left with only the smaller East Valley animal shelter located in Van Nuys.)

The database of current dogs impounded in the four Los Angeles city shelters remaining open during COVID shows that  at least 85% are Pit Bull-types — some stating “for rescue only,” which indicates behavioral/aggression issues too dangerous to release them directly to the public, thus “rescues” are allowed “re-home” them. Many came into the shelter as early April 2019.

Best Friends Animal Society is undoubtedly the nation’s strongest supporter of  “saving them all” when it comes to Pit Bull-type dogs, even featuring a Pit Bull on the “No Kill” announcement to LA volunteers.

According to Los Angeles Animal Services statistics, there are only 243 dogs currently held at the four shelters (North Central still closed and Barnette planning to “reconstitute” the desperately needed West Valley shelter as a “Consumer Service Center,” which would not impound the animals for which it was built and paid.”)

She assures that the thousands of others (14,527) have been “fostered” or adopted into wonderful homes. On April 27, 2020, Mayor Eric Garcetti transmitted a “First Amendment to Contract No. 128954 with Best Friends Animal Society, to provide Facility Operation Services for the Northeast Valley Animal Shelter,” to extend the contract for one year, from January 1, 2020, through December 30, 2021. The CAO’s report states that the Northeast Valley (NEV) shelter will be included in the $500,000 provided for animal-shelter Capital Improvements.  “Approval of the recommendation in this report will have no additional impact on the General Fund. An allocation of $500,000 is included in the City’s Fiscal Year 2019-2020 Capital Improvement Expenditure Program. . .to support maintenance costs at all Animal Services facilities, including the NEV (North East Valley). The animals that have the longest stays in Los Angeles Animal Shelters are Pit Bull-type dogs. Does this mean Best Friends is abandoning the breed it most extols?