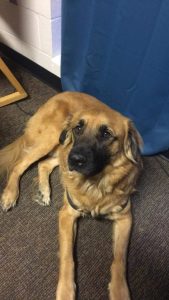 There has been a continuous, significant rise in depression, anxiety and mental illness in the lives of college students and as colleges and universities have opened back up for the fall semester, a rise in emotional support animals has occurred. Due to the recent COVID-19 pandemic in 2020, people around the world have been on “lockdown” for months upon months, not able to be in physical contact with loved ones, family members or friends.  Are students experiencing mental health issues, or is this an excuse to bring their pets on campus?

An emotional support animal (ESA) offers benefits to those with some form of a disability whether it be a physical, mental or emotional disability. Emotional Support Animals or ESAs are also referred to as support animals and these are not specifically trained to perform tasks. ESA’s are different from a regular pet, therapy animal or a service animal, but are commonly dogs or cats which is why it could be hard to distinguish between a pet, a therapy animal, a service animal or an ESA.

Under the Fair Housing Act (FHA), colleges are required to allow service animals and assistance animals, including emotional support animals, in campus housing. Emotional support animals can be almost any type of animal.  At Missouri Western there are dogs, cats, a rabbit, a teddy bear hamster and a bearded dragon, which is similar to a lizard. Research has shown that animals can provide a significant amount of mental health benefits such as trauma support, improved physical health, less anxiety, reciprocal of care and love and fewer feelings of loneliness.

How can a student’s mental health affect their performance in school?

The academic, social and financial pressures placed on individuals between the ages of 18-24 are a massive trigger for a wide range of conditions. Studies show that college students would rate their mental health below average or poor and majority of them feel overwhelmed by the responsibilities of being a student. Studies also indicate that the rise of anxiety for college students is a result of struggling in school.

Tim Kissock, risk manager for Missouri Western for over 15 years, says that college students struggling with mental health issues suffer from lack of sleep, choosing to remove oneself from friends and more.

“If you’re having emotional issues nothing else is going to work,” Kissock said. “Not your school work, social life and our number one goal is for students to succeed.”

Brett Howery, a senior here at Missouri Western, has had a dog for years, but last spring he decided to get Caesar, his dog, registered as an emotional support animal. Howery noticed his time management skills were decreasing. He would forget to check canvas and as a journalism major he would forget interviews or push them off until the last second. He saw that he was losing friendships, integrity and experiencing depression and anxiety.

Why is there an increasing number of emotional support animals at colleges and universities? What role does the COVID-19 pandemic play in students feeling lonely?

According to an article about the intersection of COVID-19 and mental health, even under normal circumstances, good mental health is crucial. During a pandemic, however, it can affect how we respond and recover. Before COVID-19, mental health conditions were prevalent, accounting for about 13% of the global burden of disease.

“I think we’ve seen a definite uptake in mental health problems,” Kissock said. “ This COVID has heightened anxiety across the board: students, faculty, staff and myself. COVID, in that regard, has done nothing good”.

Josh Maples, the interim director of Residential Life at Western is trained in mental health first aid. Josh along with Amanda Quenemoen, residential life coordinator for Vartebedian, Juda and Beshears Hall, are the first responders in situations of mental health and students on campus and strive to get them the help they need.

“For some students it has increased anxiety, for others it means mourning the loss of what once was because nothing’s the same anymore,” Maples said. “I definitely think that had a big impact on the mental health of our students today and also the applications for ESAs”.

For the 2018-2019 school year, Missouri Western only had five registered emotional support animals on campus. However, last year for the 2019-2020 school year the number increased to 15 registered ESAs. This year during the 2020-2021 school year there are 13, but there may be more once the spring semester starts in January of 2021.

How do campuses and administrators determine whether or not a student is approved for an ESA on campus?

Josh Maples and Tim Kissock are both on the committee team to approve or disapprove students having emotional support animals. When looking at this as a committee, personal views are set aside and the team looks to see if all the documents make sense.  It’s not as easy as saying any student that wants one can bring them in.  There are several verification documents students must provide to example their need for an emotional support animal. A statement from the student on how the Emotional Support Animal affords them an equal opportunity to use and enjoy the residence hall is required along with an agreement letter from the student’s suitemates that they are fine with the animal living with them. Most importantly, verification of the student’s disability by their attending physician, psychiatrist or other mental health profession must be provided.

What are potential resources outside of ESAs?

Aside from animals, other ways people have tried to cope with things such as anxiety or depression are mobile apps. According to an article published October 2020 on college student engagement with mental health apps, “Between 2007 to 2017, students who had sought treatment within the past year increased from 19% to 34% with college counseling centers standing out as the most common location for students to access mental health services.”

“Mental health mobile apps have rapidly emerged as a possible resource to provide widely accessible and affordable care, especially on college campuses.” A study of popular mental health apps with over 10,000 downloads found that user retention was only about 4% two weeks after the initial download. The core reasons for low engagement and utilization of these mobile apps are unknown, but how can we increase the utilization of these apps?

“I’m a big fan of meditation apps,” Maples said. “They are quick and very soothing. It’s very interperspective about controlling your breathing because when you’re anxious, you really lose control of your breathing so it’s keeping that in control”.

How is Missouri Western helping the situation?

Dr. Melinda Kovacs, associate professor of the political science department at Western has volunteered with therapy animals since 2006, typically in a nursing home. Dr. Kovacs arrived at Missouri Western in the fall of 2012 and in the spring of 2014, she got approved to bring therapy animals on campus during finals week after talking with several people, one being Tim Kissock.

“Because they are so loving and so selfless and pure, they decrease anxiety, blood pressure and heart rate, they are pretty perfect when it comes to college students going through the trauma that is basically finals every semester. So that’s the motivation behind wanting to start a program like that,” Kovacs explained.

This school year, Missouri Western has started incorporating a way to check in on students without physical interaction with automated text messages. Throughout the semester students have received text messages from Max the Griffon asking them how the semester is going and Howery appreciated those messages.

“ I told them about what’s going on this semester and since then I’ve gotten multiple calls from people at the campus about how to improve on things, Howery said. “I think normally they (Missouri Western) are good, but this semester they’ve been pretty great on reaching out and trying to find out what’s going on mentally in students’ lives and seeing where they can help.

Faculty and staff  at Western are not required, but encouraged to take training classes where they can help identify when students are going through a crisis. All campus police officers have attended mental health first aid classes so they can identify when they are dealing with someone who is mentally ill or dealing with something versus somebody who is just being belligerent.

Aspects from all areas of campus meet once every week as the Behavioral Intervention Team to discuss care plans for students who need long term support. Both Josh Maples and Tim Kissock are a part of that team along with several other faculty members such as Hannah Piechowski, Dean of Students; Adam McGowan, the chair of the behavioral interventions team and title IX coordinator; and Jill Voltmer, Missouri Western’s police chief.

After hours it seems like the only option for students to seek help would be an emergency or hospital or an outside therapist that is on call. However, the National Crisis Helpline provided by Missouri Western is a resource students can use. This is  a free option for students to talk with someone either on the phone or through text if they’re having a depressive episode.

Just because you can’t see it, doesn’t mean mental illness doesn’t exist. The stigma around mental health has greatly decreased. It’s an open conversation now which is good and the less stigmatized mental health issues become, the more people will feel comfortable with sharing their issues so that we as people are more aware.  “It’s about being observant. Maples expressed. “We all have that gut feeling when we’re talking with a friend and something isn’t right. To be confident and comfortable to say, “Hey tell me what’s going on so I can support you or be here for you to vent to” and being brave enough to do that as a friend, I think is one of the most important things we can do”.

If you, a friend or loved one is having troubles with your mental health, don’t be afraid to reach out to someone. Though there are people going through the same things you are,  there are even more people that are willing and trained to help than you know. Don’t suffer in silence.