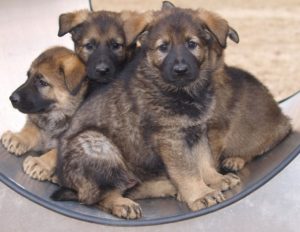 Wildlife officials continue to ask for the public’s help in solving a series of dog deaths that may be connected to the poisoning deaths of other dogs and wildlife.

In this month alone, U.S. Fish and Wildlife Service said four dogs have died under similar circumstances. According wildlife officials, a 4-year-old yellow Labrador was with its owner when it suddenly died April 21 while recreating on U.S. Forest Service land in the Town of Alvin, Forest County. A 3-year-old German Shepherd died in the same area on April 1 while being walked on a leash.

U.S. Fish and Wildlife Service said both dogs died quickly after eating something placed on and along gravel roads, just south of the state of Michigan border. Over the weekend of April 26, two more dogs died in the same general location.

Wildlife officials have been investigating the deaths of other dogs and wildlife since 2019. Animal deaths occurred in northern Wisconsin – and the investigation now is focused on Forest, Marinette and Florence counties.

In addition to dogs, investigators also found dead coyotes, weasels and wolves. Lab tests confirmed the cause of death in these wildlife cases was due to poisoning.

U.S. Fish and Wildlife Service, along with law enforcement professionals from the Wisconsin Department of Natural Resources and the U.S. Forest Service, are offering a reward of up to $1,000 for information that leads to the arrest and/or charges being filed against a responsible party.

The U.S. Fish and Wildlife Service asks anyone with information about the recent wildlife and dog deaths to contact its Office of Law Enforcement in Madison at 608-221-1206.
Share  Tweet Copy URL