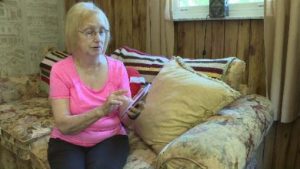 Scammers are targeting people looking to add a new puppy to their family during the COVID-19 pandemic, according to a Better Business Bureau report.

The report said the deadly virus has given scammers an excuse to ask for money before the customer is able to see the dog they’re looking to buy.

“Make sure that you actually see the pet you are purchasing because if you buy the pig in the poke, just based on someone’s word, you may be left in a tough situation,” West Virginia Attorney General Patrick Morrisey said.

Officials are used to seeing these scams during the holiday season when people are looking to quickly purchase a pet as a present, but reports have increased greatly since the pandemic began.

“Scammers frequently take advantage of the news to find new avenues for targeting victims,” BBB president and CEO Frank Cilona said. “The uncertainty surrounding the COVID-19 pandemic, along with some quarantined families’ decision to adopt a pet sight unseen, has created fertile ground for fraudsters.”

One person targeted by scammers is Jeannie Clark, who went looking for a new service dog for her disabled husband on Facebook. She found a breeder that said it had Teacup Cockapoo and Cabapoo puppies and contacted them through Facebook Messenger.

Clark found the scammer’s answers to her questions surprising after they said they used a veterinarian in New York, despite claiming to be based in South Charleston.

“He said, ‘well why are you asking me all of these questions,’ and I said, ‘because I need to make sure you are legitimate, to make sure the puppy is healthy,'” Clark said. “He said, ‘oh you can believe me, I am totally legitimate.'”

Even more red flags were raised when Clark asked for a photo of the parents and was sent a stock photo of a St. Bernard. Clark said she kept pushing for answers and the supposed breeder became defensive, claiming they could get her the puppy within four to five hours if they were sent $450.

“It made me really angry that this can happen to someone else, especially my friend,” Clark said about someone she knows who lost $500 in one of these scams earlier this year. “They paid the money through Cash App which lots of times if you pay through an agency or something you feel a little more secure that you might be able to get your puppy back if something was to happen.”

BBB’s report said at least 80 percent of the sponsored advertising links that appear in an Internet search for pets may be fraudulent.

Clark ended up finding a legitimate breeder in the area through the recommendation of a trusted vet. She said that breeder let her visit with the puppy before handing over any money.

“If people see situations where there is fraud going on or they see something online, you should let our office know,” Morrisey said. “Contact our office, file a complaint, because then we will interact with Facebook and the other social media channels in an effort to clean that up.”

“At the end of the day, the best thing people can do is do their research,” Morrisey continued. “Go online and make sure there is accurate documentation, only work with a reputable entity, a reputable breeder.”

Morrisey said the best option is to visit your local animal shelter where you can see pets in need of a loving home that have been fully vetted.