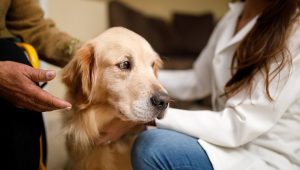 Animal lovers already know how good it feels to interact with their pets. But research has shown that this positive effect can also be applied in a therapeutic setting.

Leveraging the power of pets is becoming a vital tool in the treatment of a variety of medical conditions and disorders — particularly those associated with mental health. Here are a few of the different types of pet therapy making their mark and how they can successfully help treat a wide range of conditions.

Therapy can take place in a wide range of settings including hospitals, care homes, and treatment centers and can involve different activities such as walking, looking after, and grooming the therapy animal.

Just like any other form of treatment, doctors and handlers decide the specific components of the pet-therapy program on a case-by-case basis so they address the particular needs of each patient.

Animals accept us as we are — they don’t judge and they don’t threaten — so patients can wholeheartedly interact with them safe in the knowledge that there’s no hidden agenda.

Individuals with emotionally based disorders in particular may find it difficult to open up and trust another human being, but discover this process is much easier with a therapy animal.

Frequently reported benefits from pet-therapy programs include a reduction in stress, a boost in self-esteem, improved mood, and better communication skills.

Vulnerable prison inmates have also benefited from animal-therapy programs. Animal therapy is also used extensively to treat depression. For example, petting an animal can cause the release of endorphins (feel-good neurotransmitters) which can have an extremely positive impact in patients dealing with depressive disorders. More detailed and developed interventions often rely on the premise that, by focusing on the animal and their needs, the patient’s attention drifts away from their own problems. Patients also have an opportunity to develop their nurturing skills and a sense of empathy with the animal.

Dogs and other animals have taken part in visiting programs to assisted living centers for elderly people for many years. Although this type of interaction can certainly lift the spirits of those living in such centers, Alzheimer’s experts felt patients could gain more through structured animal-assisted intervention programs. One pilot program in Germany involved six months of structured dog visits to 17 nursing home residents with mild to severe dementia. The results showed this type of activity may improve social behaviors in elderly patients with dementia.

A research team from the University of Nebraska Medical Center College of Nursing also reported that dementia patients they worked with exhibited fewer symptoms of “sundown syndrome” as a result of an animal-therapy program.

Sundown syndrome is a distressing condition associated with dementia which happens in the early evening period and involves behaviors such as restlessness, confusion, wandering, hitting and kicking. Having therapy dogs present during the early evening period appeared to distract the patients and also seemed to relax them. Therapy animals have also successfully participated in treatment programs for individuals with substance abuse issues. The presence of an animal can, in itself, help calm the patient down and prepare them to face their demons.

Addicts sometimes focus almost exclusively on themselves. Engaging with an animal can encourage them to think about the needs of others. Delivered in a group setting, addicts are also more likely to interact socially with others if animals are involved.

Doctors observing how the addict deals with the animal also get a greater insight into the patient’s self-esteem issues, helping them identify specific coping mechanisms and healthier new behaviors.