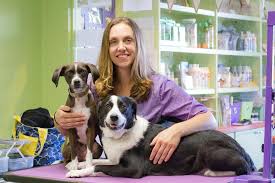 Therapy Animal Coalition is putting together a virtual project where pet owners and therapy animal teams can submit inspirational videos for people in isolation. Furry family companions are being called to the screen to help heal those who need it now more than ever.

With stay-at-home rules set in place due to the spread of COVID-19, there has been a rise in people experiencing feelings of loneliness and isolation.

Nursing home residents, hospital workers and those who are otherwise homebound are especially at risk for feeling negative emotions during this time. The Therapy Animal Coalition is a nonprofit dedicated to connecting organizations such as Mayo Clinic, Community Hospice, Wolfson Children’s Hospital and many others with therapy animal teams. It also provides resources to those who are looking to train their own pets in therapy service.

Board president Kristi Leonard said the organization currently has about 300 therapy teams that have been sidelined because of the virus. The teams now want to make a difference in the lives of the people who can’t have anyone around them right now.

“The benefit of doing this is we have so many people who want to be a therapy team with their animals, but sometimes animals are unable to make the certification cut due to many different reasons,” Leonard said. “Whether it is a bird, horse or any other pet, this is their chance to finally be a therapy animal and give love.”

The project has only been up and running for a few days but is already getting submissions. The project will continue as long as there are people who need the virtual connection.

Leonard said animal therapy has been gaining in popularity. The coalition has been lending its expertise in getting programs started at courthouses, airports and many other locations outside of hospitals.

“That’s the power of animals in their connections with people,” Leonard said. “There is no judgment, and they are completely unconditional in their support. There is so much power in that especially during these trying times.”

Erica Benson, co-owner of Green Dog Spa on Baymeadows Road, was one of the first to answer the coalition’s call with her Pyrenees cattle dog Lucky and Cocker Spaniel-Boston Terrier mix Marney.

Benson is not only a member of the Pals and Paws Dog Agility Club where she trains Lucky and Marney, but she has recently joined the world of therapy animal training with Lucky.

Benson was inspired to integrate Lucky into therapy service after she attended the coalition’s Therapy Animal Expo on March 7 at the University of North Florida. As part of Lucky’s ongoing training to become certified, the pup has recently passed the first of several tests.

“I believe owners should find one thing their dogs are good at and train them to be better rather than force them into something they don’t gravitate toward,” Benson said. “Marney was excellent with agility whereas Lucky always had an affinity for healing people. I had heard of the magic of therapy animals, and it turns out one of my own dogs was a perfect candidate.”

After becoming involved with the coalition, Benson was inspired to submit a video when she read about the project on social media.

Her submission starts with a short message giving hope to all who watch the video followed by Lucky and Marney show their skills as they run through a backyard course.

“My favorite part has been seeing the creativity that people bring along with the stories and inspirations they give to others,” Benson said. “It’s a great demonstration of how the community can come together and how we can all come out of this stronger and more connected. If there are any bright spots where people can find hope, this is one of them.”

The videos can be anywhere from 30 to 60 seconds long of pets offering some kind of uplifting or thoughtful greeting.