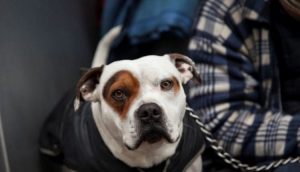 Burns Pet Nutrition, a natural pet food company that already helps over 40 animal welfare organisations every year, has donated tens of thousands of pounds worth of pet supplies to over 20 rescue centres, charities and community groups across the UK during the outbreak.

The family firm, which specialises in producing high quality dog food made up of all-natural ingredients, has supplied thousands of bags of pet food and treats equating to more than £30,000.

Across the country, not-for profit animal organisations have been hit hard by the lockdown, having seen their main sources of income come to a dramatic halt with the closure of charity shops, cancellation of fundraising events and pausing of all fostering and adoption activity.

Wanting to support those struggling with the financial fall-out from the current Covid-19 crisis, Burns has chosen to make food donations to organisations, ensuring the animals in their care are well fed while helping to reduce the financial strain they are under.

As well as supporting animal organisations, Burns has committed to helping communities in Wales who may be struggling to feed their pets following impacts to their livelihoods as a result of the pandemic. It has helped to support a number of community groups including the Swansea Council’s Food Bank initiative and Tenby United RFC’s support scheme.

To date, Burns has provided over 300 bags of pet food and treats to the Scarlets Community Foundation, an initiative which sees the Scarlets Rugby club team up with local grassroots clubs to deliver care packages to vulnerable people in the region.

The company also provided over £9,000 worth of food to ‘Street Paws’ – a registered charity made of up of veterinary volunteers who provide free vet care and food for dogs living with people who are homeless, vulnerably housed or in extreme poverty. Burns’ food packs have since been distributed to vulnerable individuals in 24 towns and cities across the UK including Cardiff, Leeds, Manchester, Newcastle and York.

John Burns, Founder of Burns Pet Nutrition, said: “The last few months have been a very difficult period for animal organisations and vulnerable people across the country. The impact of coronavirus has been unprecedented, and the result is that many charities and vital community initiatives have been struggling to cope with the financial obstacles that the outbreak has brought.

“It’s imperative these people and companies receive support to help them through this challenging time. The work of animal rescues and animal support services is truly commendable and it’s imperative to us that we do something to help them survive. We want to do whatever we can to help those struggling during this terrible time and so giving away our food to those in need goes without question”

Michelle Southern, Founder of Street Paws said: “Street Paws Charity supports the most vulnerable in our society and their dogs.  Since the lockdown, rough sleepers have not had the public support or donations of food that they rely on every day.  Our teams have continued to support them delivering dog food and other essential medications. To have this support from Burns is incredible and means that we have enough food for everyone who needs it.”