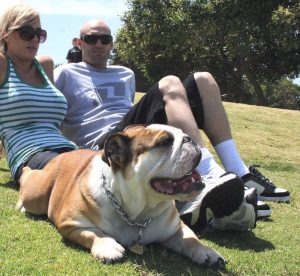 In British Columbia, the Strata Property Act governs the relations between stratas and their owners/tenants. This law says very little about what a strata may or may not do in relation to pets. All it says is that if you live with a pet in a condominium at the time a pet prohibition/restriction is passed, you and your pet will be “grandfathered”.

Common problems between stratas and owners/tenants include demands to remove pets by a certain date, owners/tenants being targeted because of the size or breed of their dog (especially “pit bulls”), and certain pet owners being picked on while other pet owners in the building are left alone.

An increasing number of disputes are about the keeping of emotional-support animals when the bylaws restrict or prohibit animals.

Section 8 of the B.C. Human Rights Code prohibits stratas from enforcing or applying their bylaws in a way that discriminates against a person based on, among other things, a disability.

In a recent decision of the B.C. Human Rights Tribunal, the tribunal clarified the law correctly and progressively when it ruled in favour of a young girl to keep her emotional-support dog despite the strata bylaws containing a pet prohibition.

It is up to the person claiming the disability to prove that (a) they have a disability, and that (b) not having her companion animal would have a negative effect on her because of that disability.

In order to prove a disability, it is critical to have a doctor’s report confirming the disability and explaining what that disability entails. The individual’s own testimony about their disability is also considered.

It is also critical to have a doctor’s report that confirms that keeping the emotional-support animal can, and does, improve the individual’s disability. It is also a good idea to have the doctor explain how the animal helps with the disability—for instance, reducing stress or blood pressure. The individual’s testimony about how important the animal is to them is also important.

It is then up to the strata to raise a defence that shows there is a reasonable justification to impose the pet prohibition despite any negative impact on the individual.

In the context of condominium living, courts have recognized that the law and societal attitudes have evolved to give rise to new concepts as to what are reasonable rules for community living and to a greater appreciation as to how pets can appropriately fit into a closely knit community.

Some people believe that they are entitled to buy into a pet-free environment and that it is reasonable to expect every purchaser to obey those rules, including a rule that prohibits pets entirely.

Courts have recognized that life, particularly in today’s society, is not always that simple. There may be changes in circumstances of unit owners in which it might be reasonable for them to keep a pet. A person becomes older and may lose a spouse and, for the first time in his life, begins to live alone. Should that person be forced to give up his condominium if he tries to avoid depression or loneliness by acquiring a four-legged companion?

Or a unit owner may have an accident or illness and becomes housebound or wheelchair-bound and, at that time, begins to feel a need for comfort that can be provided by a companion animal. Should this person be penalized for now having a companion animal?

Supporters of pet-prohibition bylaws also rely on the allergies argument (i.e., some people are allergic to pets). This argument can be met by reasonable restrictions rather than by an outright prohibition. This is particularly true where the ventilation system is a modern one that precludes the spread of antigens from one unit to another or when the animal has not interfered with the use or enjoyment of others in the condominium complex—all of which has been recognized by courts.

Another issue a person should consider when faced with a strata problem about their companion animal is whether the strata board followed its own bylaws when deciding what action to take against the pet owner. Review the bylaws to see what type of procedures the strata board must follow. Were minutes of the meeting taken? Was there the appropriate quorum when making the decision in relation to the “accused” pet? Was the vote recorded? Courts can strike down a strata’s decision based on procedural grounds, such as a strata board not abiding by its own bylaws.

Pet owners also wonder about meeting with the strata board to give their side of the story. Sometimes it is best to wait to be invited to speak to the strata board—either in writing or by attendance at a meeting. According to the Strata Property Act, a strata board must give the owner or tenant both the particulars of the complaint, in writing, and a reasonable opportunity to answer the complaint before imposing a fine or requiring a person to remedy a contravention (i.e., removal of a companion animal). Otherwise, a court may set aside the strata board’s decision.

The bottom line is that companion animals are part of the family. A strata owner and/or tenant should familiarize themselves with the strata bylaws before they move into the condominium.

If there is a total pet prohibition or a breed-specific restriction, consider whether moving into such a community would be the right fit for you and your beloved furry companion.