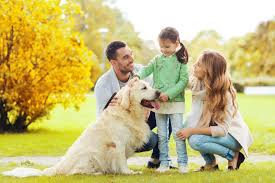 “Are you cuh-ray-zee?” “What were you thinking?” “Seriously?”

That’s how friends reacted to the news that we are now the proud parents of a two-year-old, black-and-white, Chihuahua-pitbull-mix dog named Binkie.

It was a surprise, even to us, that we actually made this commitment. We are cat people. We already have three pampered furballs ruling our roost. Fortunately, they all get along, but they can be a handful to deal with.

And they’re pretty protective of their territory.

However, our 17-year-old daughter, Ingrid, had been begging for a dog.

Given how COVID-19 has turned her world topsy-turvey, and she’s finishing high school on-line, she reasoned that an emotional support animal would help her cope with all the changes. And cats, with their indifferent attitudes, don’t offer the same unconditional love.

“But dogs are too high-maintenance for our household,” I argued. “It’s one thing too many for me to worry about.”

Growing up, we always had some canine at home. As kids, loyal Spot, a mutt, walked my sisters and me to school and greeted us when the final bell rang. Powder Puff, the black Pekinese, was high-strung and yappy. Jeff, our female collie, birthed six puppies on our enclosed front porch. And Fang, an ill-tempered German Shepherd, was not exactly kid-friendly.

What was my dad thinking?

Still, Ingrid is a persistent child and kept chipping away at my defenses. To appease her, we let her get a Main Coon as her emotional support animal. It’s the largest domesticated cat breed, as big as some dogs. But Simba isn’t exactly a lap cat. He likes being near you, but he’s more interested in playtime than cuddle time.

So, Ingrid eventually wore me down. I finally agreed that a four-footed canine companion might be the answer to the pandemic pandemonium in her life.

Now, all we had to do was find an acceptable dog. One that was calm. And fairly small, so it wouldn’t intimidate the cats. Plus one that didn’t chase cats or bark too much to scare them.

After all, the cats were here first.

We started our search online, looking at dog pictures from shelters in Madison and surrounding counties. Many were Labradors or Golden Retrievers. Also, lots of boxers and pitbulls. And, a few terriers. But nothing that seemed like a good fit for us.

Plan B was to visit the Lexington Humane Society’s Animal Shelter in person. A bunch of other potential pet owners had the same idea, so there was a line ahead of us.

After filling out an application and passing the dog-owner test, we were allowed to mask up and wander around the cages. A soulful black lab caught our attention, but someone else had already spoken for her. So we played with Diesel who was too big and excitable for our family.

Disappointed, we were told to keep checking back because new dogs arrived regularly. Or, we could check at PetSmart at Hamburg where other adoptable dogs from the Humane Society were kept.

We stopped by, described what we were looking for. And were told only one dog might be a suitable match.

He’d only been there a couple of days after his owners became homeless and couldn’t care for him.

Like most Chihuahuas, he was a nervous Nate. He had sad, bulging eyes, big ears, short hair (so less shedding), scrawny deer-like legs and attractive black-and-white markings.

He sat by the door, shaking, plotting his escape. It took an hour to coax him to sit in Ingrid’s lap.

Since Binkie didn’t bark, growl or bite, Ingrid decided he was a keeper. So, we filled out pages of paperwork and promised to protect him, keep his shots up-to-date and love him forever.

Before taking him home we had to buy a collar and leash. He was already neutered and vaccinated, and came with a free sack of food. We bought water and food bowls with dog bones on the sides, chicken-flavored treats, a plastic bone for chewing, rope for tug-of-war and a purple and orange sweater vest to keep him warm.

Ingrid and Binkie bonded on the drive home and he seldom lets her out of his sight. He sits quietly near Ingrid and sleeps snuggled in her bed. He only growls or barks if he senses any danger to her. And he leaps around like a circus animal while at the dog park.

After puffing up like Halloween black cats, then hiding under our bed when Binkie first arrived, the cats are adjusting to this newcomer who doesn’t appear to be a threat to them.

We’re still working on house training. And we’ve started our six weeks of dog training. But we’re off to a promising start.

It just took a while to reach this point.