Getting along with your pets? 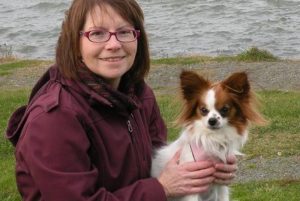 Researchers at Memorial University are collaborating on an international dual studies that will shed some light on how humans interact with their cats and dogs.

Caroyln Walsh of the Department of Psychology’s Canine Research Unit expects most people who complete the questionnaires are likely to be devoted pet owners.

But with 16 countries participating, she expects there will be cultural differences — for example while many North American pet owners love dressing their pets up for Halloween, that may not be the case in other countries.

The study originated with Tess Rehn of the Swedish University of Agricultural Sciences and James Serpell of the University of Pennsylvania and Walsh said Rehn will analyze the results over the summer and hopefully they will be published in the fall.

“Some of the questions might seem strange, but they are based on research tools,” Walsh said, who has both cats and dogs as pets.

They include topics such as the degree to which people rely on their dogs for protection and how much emotional support people draw from their pets.

It’s the first time the Canine Research Unit has delved into cat-human relationships.

It’s expected the studies will gauge to what degree people consider their pets a part of the family, evidence that expands on the trend of pet ownership, especially for those who don’t have children, and the wealth of products and services devoted to pets.

She and Walsh started the Canine Research Unit nearly a decade ago and when the project researchers reached out to Walsh, Anderson was intrigued.

“It sounds like a neat opportunity,” Anderson said of her reaction.

“I am dying to find out what the results will look like.”

Anderson also expects there will be cultural differences, but isn’t sure what those will exactly look like.

She also said the cat and dog studies’ results are likely to spark further research, as they will provide hints of other avenues to pursue.

Anderson also has both cats and dogs and noted the positive influence they can have on people’s emotional and physical wellbeing, such as the renewal one feels from taking their dog for a walk after a hard day.