Dogs could get extreme separation anxiety when quarantine ends 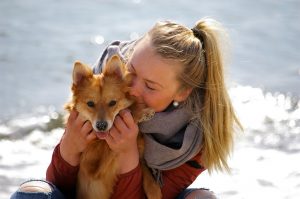 Fido may get frantic when the coronavirus quarantining ends.

While isolated humans can’t wait until the end of work-from-home culture, canine experts say that lifting shelter-in-place restrictions could conversely cause “extreme separation anxiety” in the millions of dogs who’ve grown accustomed to their owners’ constant companionship during lockdown.

“With such an overload of quality time with their families, dogs are building up a huge reservoir of over-dependency,” animal psychology expert Roger Mugford tells the Times. Mugford, who’s known for training Queen Elizabeth’s corgis, adds that the pampered pooches could “suffer when mums and dads suddenly return to work and the children go back to school.”

Dr. Karen Sueda, a veterinary behaviorist added in a statement to Insider, “Dogs thrive on consistency and predictability, as we all do, so any time there’s an abrupt change, it can cause stress.”

The mental whiplash could cause formerly doted-upon doggies to engage in a range of erratic behaviors, including defecating, urinating, howling, chewing or trying to escape, reports the American Society for the Prevention of Cruelty to Animals. Some panicky pups could even practice coprophagia, where they defecate and then consume their own feces.

“Put a webcam on your dog, and you’ll see howling and pacing and other distress signs,” Mugford tells the Times.

Separation anxiety isn’t just psychologically damaging. The ASPCA reports stressed pets could attempt “to dig and chew through doors or windows, which could result in self-injury, such as broken teeth, cut and scraped front paws and damaged nails.”

It’s a frightening proposition as approximately 20% to 40% of dogs referred to animal behavior practices in North America are diagnosed with separation anxiety, even when not isolating with their owners, according to the American Veterinary Medical Association.
While there is no remedy for canine conniptions, dog experts do advise acclimating pooches to separation prior to the end of lockdown, à la conditioning applied by famed researcher Ivan Pavlov.

“Allow your pet to have some alone time,” says Sueda. “You have your space, and they have theirs.” For those who live in cramped quarters with their canine companions, the ASPCA prescribes training your dog to perform out-of-sight “stays” by an inside door in the home, such as the bathroom.

Separation anxiety specialist Malena DeMartini-Price tells Insider, “It’s a gradual process of using small absences that start to teach the dog that absences are safe.” Still, abandoning one’s fur babies for even short periods could prove a tall order for the millions who are relying on — and even buying — dogs to keep themselves sane during lockdown. Especially when Fluffy’s so happy to see their master that he sprain their tail from wagging it so much.

Dog-appeasing pheromone (DAP), white noise and medications such as Zylkene or Anxitane might also help Lassie avoid separation anxiety, according to Sueda.