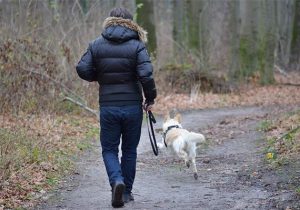 Throughout lockdown the service has continued to operate, with wardens collecting dogs, keeping them safe and reuniting pets with their owners.

The Stray Dog Kennel at Greenacres, Talbenny, has also remained open to receive and care for stray dogs if the wardens have been unable to find their owners.

However, as with many council services, the workload has increased significantly.

The rise in dog ownership has naturally led to more people being out and about, exercising their pets.

While exercise is good for both pet and owner, this has created some additional work for the service.

Problems reported include an increase in dog fouling, people reporting dogs being out of control, off leads in public places, or their own dogs having been attacked by other dogs when owners have not kept them under proper control.

Pembrokeshire County Council dog warden Sally Bland said: “As we are all aware, not all dogs are socialised and while they may be loving toward us, they may not always be as social to other people or to other dogs.

“Unless the dog is extremely well trained, this will generally mean that your dog is kept on a lead in a busy public area or that you maintain sight of your dog at all time and ensure that it is brought under proper control and on a lead when you see others, or see other dogs.”

The service has been issuing community protection warnings and notices for dogs that have been repeatedly out of control and causing reasonable alarm to others.

The wardens work in close partnership with Dyfed-Powys police officers and all reports of problems being caused by dogs are shared between the police and the council wardens.

Where there have been repeat offences, the council and the police have been acting jointly to serve Notice to ensure people take control and responsibility for their pets.

Any breaches of notice can result in fixed penalty notices being issued with fines of £70, or the matter can be referred for action to be considered in court.

Sally added: “Pease continue to enjoy your dogs, but please do so responsibly.”

Dog owners are also reminded that the dog summer beach restrictions are now in force.