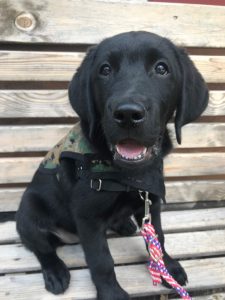 Maryland Sen. Douglas J.J. Peters (D-Prince George’s) has made serving military veterans a major part of his mission as a public servant.

It has won him countless plaudits and awards through the years. Now he’s getting a most unique tribute for his advocacy.

Peters himself was deployed in Saudi Arabia from 1990-91 and was awarded a bronze star for his meritorious service in the transportation corps during Operation Desert Storm. He left the Army Reserve as a captain, but continues serving veterans as a legislator and in his community.

After moving to Bowie, Peters joined his local American Legion and Veterans of Foreign Wars posts, working with  those organizations to help veterans in their civilian lives. Members of each organization elected Peters to serve as their group’s commander.

“Anything a vet needs, they provide,” said Peters. “The goal initially was, and always will be, to serve the veterans.”

In Annapolis, Peters served as co-chairman, then chairman of the Veterans Caucus from 2007-2017, working to  create policies and programs that benefit veterans. And he continues to work with Secretary of Veterans Affairs George W. Owings III to help veterans get jobs, maintain their businesses, and ensure they live comfortably.

As chairman of the Senate’s Capital Budget Subcommittee, Peters has worked to secure funding for projects that benefit veterans and their families, such as Patriot Point, a retreat in Dorchester County, where fishing, hunting and other activities are available to recovering veterans.

He also secured a grant for the Warrior Canine Connection (WCC), a non-profit based in Boyds. There, and at other service locations, veterans who have suffered physical or psychological trauma have the opportunity to  spend time with and train future service dogs.

The veterans help teach the dogs to assist them with tasks such as opening and closing doors and retrieving items. They also teach the dogs that the world is safe, and, in doing so, they must convince themselves. In turn, the dogs support and comfort the veterans when they feel anxious or have other psychological struggles.

Sen. Brian J. Feldman (D-Montgomery) called on Peters earlier this year to help the Warrior Canine Connection get a state grant to improve their facilities for their program.

Peters, with a background in business administration, arranged to visit the non-profit, “rather than just looking at a spreadsheet.”

At the WCC’s Healing Quarters, on 80 acres within Seneca Creek State Park, about 100 veterans and service dogs welcomed Peters. Seeing the veterans’ rehabilitation process with the dogs was a “great experience,” he said.

One veteran, Peters recalled, explained how the responsibility of caring for and walking the dog had helped him out of a heavy depression and said his service dog really saved his life.

“It was just an incredible sight to see and hear the stories of all the veterans who came to talk to me about how the dogs got them back on their feet,” Peters said.

Since the WCC’s Healing Quarters stands on state-owned land in Boyds, Peters said that “putting some money towards improving the property with the veterans involved, was really a win-win scenario.”

With a grant of about $500,000, the WCC will restore a large dairy barn on the property giving them more space  for raising and training service dogs.

Every WCC service dog is named after a former or current military service member.

In nominating Peters to have a service dog to be named after him, Feldman said, “Senator Peters’ lengthy military service…his position as the Senate Chair of the Veterans Caucus in the Maryland General Assembly, and the critical role he played this year in securing a bond initiative to support the work of the Warrior Canine Connection, made him an ideal choice for the nomination to have a service dog named in his honor.”

Last month, the Warrior Canine Connection announced the naming of Dougie, a Labrador retriever born in March and named after Peters.

Dougie is in the care of WCC volunteer Ashley Poindexter-Tarmy. She says Dougie is an attentive and calm puppy who, when he sees new people, “doesn’t pull the end of the leash, he sits down, and waits for permission to say hello.”

Dougie is also good at recognizing facial cues, a skill which will come in handy as he trains to become a service dog.

Peters has yet to meet Dougie but said he is eager to and hopes to introduce his own rescue dog Sierra to his new furry friend.

“It’s interesting,” Peters said. “Normally we get plaques or awards, but I think it’s one of the most unique honors I’ve ever had, to have a dog named after me. I’m very humbled.”