Boy In Need Of Seizure Dog 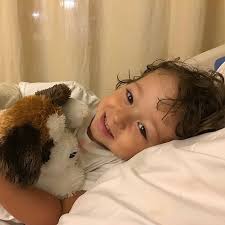 An Old Saybrook woman reached new heights this month, climbing the highest peak in the northeastern United States, Mount Washington. But Paige Marinelli’s path to topping more than 6,200 feet was even more impressive because of whom she climbed for and what she’s been through.

“There was a point where I would’ve never been able to do that,” Paige said.

Paige, now 26, was diagnosed with epilepsy at the age of 10. After college, her seizures got worse so at 23, she chose to have surgery.

“I had four craniotomies in a month, and they removed a piece of my brain that was causing seizures, and I’ve been seizure free for over thee years,” she told News 12. The recovery was long, but worth it. “My life has improved so much.”

That made Paige want to help others struggling with their health. In January, she began leading an epilepsy support group, which Trumbull mom Jennifer Colello joined a few months later.

Jennifer’s 5-year-old son Andrew loves, puppies, wrestling, and superheroes–plus anything his big brother, Trey, does. Andrew has epilepsy, with seizures that increased in intensity this year. He also was born with the most severe form of spina bifida.

“He had to have a lesion, a very large lesion, closed on his spine at just a day old,” explained Jennifer.

Andrew uses a walker, wears ankle-foot orthotics, and does physical therapy four times a week. His parents always dreamed of another form of help–a service dog trained to detect seizures.

A dog would also help with Andrew’s stability while walking, but it wasn’t an option right now.

“Knowing how expensive they were, we never thought we’d be able to afford it on our own,” Andrew’s dad, Richard Colello, said.

Then, came a plan from the young woman who’d become a source of support for Jennifer in recent months.

Paige would climb for a cause, raising money to get Andrew his dog.

“Here she is a mom–just like my mom–going through raising a child with epilepsy. How could I not extend my heart to her?” Paige told News 12.

“I was just like dumbfounded in the beginning,” remembered Jennifer. “It seemed too good to be true.”

The fundraising campaign quickly reached–then surpassed its goal. It was up to $24,000 when Paige and her team set off from the base of Mount Washington on Aug. 15.

“It was exhausting and challenging, but it was so worth it in every way,” Paige said. “It was really beautiful and meaningful, and I guess every step meant something. When I did get to the top, I sat down and I had this moment of ‘look at what we just did?!'”

Paige said Andrew was there with her in spirit the entire way up. He was also there in-person at the bottom of the mountain. The Colellos made the drive up to New Hampshire to celebrate Paige completing the climb.

“We had flowers ready for her. Andrew gave them to her,” said Jennifer.

“It was definitely a moment of connection and everyone was just so happy. There’s definitely no question about us being friends for life now,” Paige said.

“I cannot thank her enough for the gift she gave us and our family. Andrew’s going to grow by leaps and bounds with this service puppy. I truly believe that,” Richard told News 12.

The Colellos have been accepted into a service dog program for 2022. Jennifer says it’s a little ways off, but it will be worth the wait. As for Paige, she plans to continue to be an advocate for people with epilepsy and do a new challenge every year to raise money and awareness.