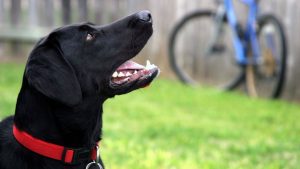 Pet owners are spending more than ever before on their pets, according to newly released data from the United States Census Bureau.

Half of U.S. households own pets and doubled the amount of money they spend on their four-legged friends’ pet care services since 2007, according to the U.S. Census Bureau.

From 2007 to 2017, sales of pet care services doubled, to a total of $5.8 billion, according to the latest Economic Cencus statistics.

The pet care services industry includes services such as grooming, boarding, training and pet sitting. It does not include veterinary services, boarding horses, transporting pets, pet food or other pet supplies.

With over 100,000 pet care service businesses, this industry increased its number of establishments by more than 60% since 2007.

“On average, each U.S. household spent just over $500 on pets,” according to a report by the Bureau of Labor Statictics.

Pet grooming makes up 42% of the pet care service and 28% provide pet boarding services, according to the 2012 Economic Census.

Not accounting for operating expenses, on average pet care services make $393,000 a year while animal training is roughly $373,000 a year. Annually, each pet sitting and dog walking business averages about $236,000.

At just over 44%, Detroit is in the top 15 metropolitan areas with pets, according to the 2017 American Housing Survey.

Nearly two-thirds of households in rural areas have pets, compared with under half of urban households.

Despite the difficult economic conditions brought on by the recession, families continued to spend consistently on their pets between 2007 and 2011.

With about 218 million pets in the United States, not counting several million fish, pet care services offer the wonderful opportunity to unify behind a common love of animals.