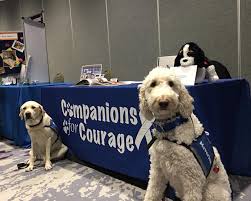 Still don’t have plans to celebrate dad this weekend?

On Saturday night, you can treat him to something special and give back at the same time with the pop-up drive-in movie fundraiser at the Lake Square Mall.

“Indiana Jones and the Last Crusade” will play on the big screen, and all proceeds will go to benefit Companions for Courage, an organization which provides therapy animals, primarily dogs, to kids in courtroom situations.

“Our Mother’s Day drive-in movie was such a hit that we thought we would do it again for our fathers,” the mall’s marketing director Dr. Anna Marie Chwastiak said. “And we are always looking for opportunities to give back to our community so this time we will be donating the proceeds to Companions for Courage.”

The movie begins at 8:40 p.m. on the backside of the mall outside the food court entrance. Restrooms and vendors will be open. Tickets are $15 per car, no matter how many people are squeezed in.

Many of the mall’s businesses have chipped in to donate supplies and goodies for those in attendance. All cars will receive a free Aetna gift duffle bag stuffed with coupons and information. In addition, some bags will have a special gift card to either Books A Million, BELK or one of the other stores in the mall.

The event is one of the few upcoming fundraisers for F since the shutdowns have canceled most of their efforts.

The money raised will go to a variety of things, including gifts for the kids. The group is also working on a coloring book to help kids understand that what they are going through is not their fault.

Because the organization relies totally on volunteers and donations, president Joanne Rittenhouse said this couldn’t have come at a better time.

“We work with circuits throughout central Florida and have still been working throughout the pandemic,” Rittenhouse said. “It’s been rough because we are usually doing a lot of fundraisers at this time but we aren’t able to. But we still have a work to do and we have wonderful volunteers who are still helping out.”

The organization was founded in 2012 and they currently have 16 dogs and one cat who are registered and licensed therapy pets.

“Sometimes kids need assistance in courtrooms because it can be intimidating,” Rittenhouse said. “We do meet and greets with the pets beforehand so they can get to know the child and then we give the child a little stuffed dog to remind them that even if the dog isn’t with them, it helps them stay calm.”