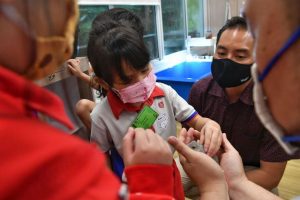 Higher standards of service providers in the pet sector can be expected in the first half of next year, and dog rehoming and adoption processes will also be improved, said the Animal and Veterinary Service (AVS) on Friday (Dec 18).

In addition, the AVS has stepped up efforts to educate the public on how to take care of pets, said Minister of State for National Development Tan Kiat How at the launch of new educational activities and resources on animals.

Mr Tan said the AVS is reviewing licensing conditions for pet boarders and breeders, as well as looking into raising the professionalism of veterinarians, among other things.

It has been consulting closely with key stakeholders, such as animal welfare groups, pet businesses and veterinarians, and will announce more details when ready.

The work group has been working on guiding principles for dog rehabilitation and training, as well as measures to enhance the competency and standards of dog trainers.

The public can provide feedback on the new community standards and guidelines on rehoming and adoption next year.

The announcements follow a holistic pet sector review, which led to the implementation of one-time licensing for sterilised pet dogs in September to make it more convenient for owners to trace them.

In terms of public outreach, the AVS – a cluster under the National Parks Board (NParks) – has rolled out a range of educational programmes and resources.

From January, pre-schoolers can interact with small mammals such as rabbits and hamsters and learn about them for free at the new Animal Classroom at Jacob Ballas Children’s Garden.

Under adult supervision, children will be allowed to touch these animals, depending on their temperament, said Dr Chang Siow Foong, group director of professional and scientific services at the AVS.

Pre-schools can book this activity by e-mailing the AVS at least one month in advance.

It is among the new initiatives to encourage responsible pet ownership from a young age.

Other activities include learning trips for secondary and tertiary students to the AVS’ animal centres like the Sembawang Animal Quarantine Station.

The AVS has also worked with the Ministry of Education and the Early Childhood Development Agency to integrate lessons on animals into school curriculum and syllabus. For example, books on pet care will be distributed to all 1,700 pre-school centres by March.

Other members of the public can access free online resources on animals.

The AVS is increasing the frequency of webinars on animal health, welfare and behaviour, starting with one on Saturday on what factors to consider before getting a pet.

The webinars, featuring AVS vets as well as professionals in the pet industry, will be held every fourth Saturday of the month.

Videos about basic care for popular pets will also be rolled out next year.

The AVS is also increasing volunteering opportunities for individuals and companies.

One pilot scheme on animal-assisted intervention involves pairing animals with individuals to improve their psychological and physiological welfare. Pilot sessions took place in November between cats and young people from an outreach programme by Fei Yue Community Services.

Individuals and corporations who wish to contribute to these programmes and resources can contact NParks’ registered charity, Garden City Fund, or through online platform Giving.sg.

Commending the initiatives, Mr Tan said: “Being a pet owner comes with many responsibilities, not just to our pets but also to our neighbours and the wider community. Hence, it is important that we equip ourselves with the knowledge on how to take care of our pets, so that we create a positive environment for everyone.”